For whatever reason, the moon seems to have taken over here at Jasontopia. Once again, a lunar (and solar) event photographed from a rooftop in Santa Ana (Orange County), California: the partial solar eclipse.

First, as seen through a pinhole and tube: 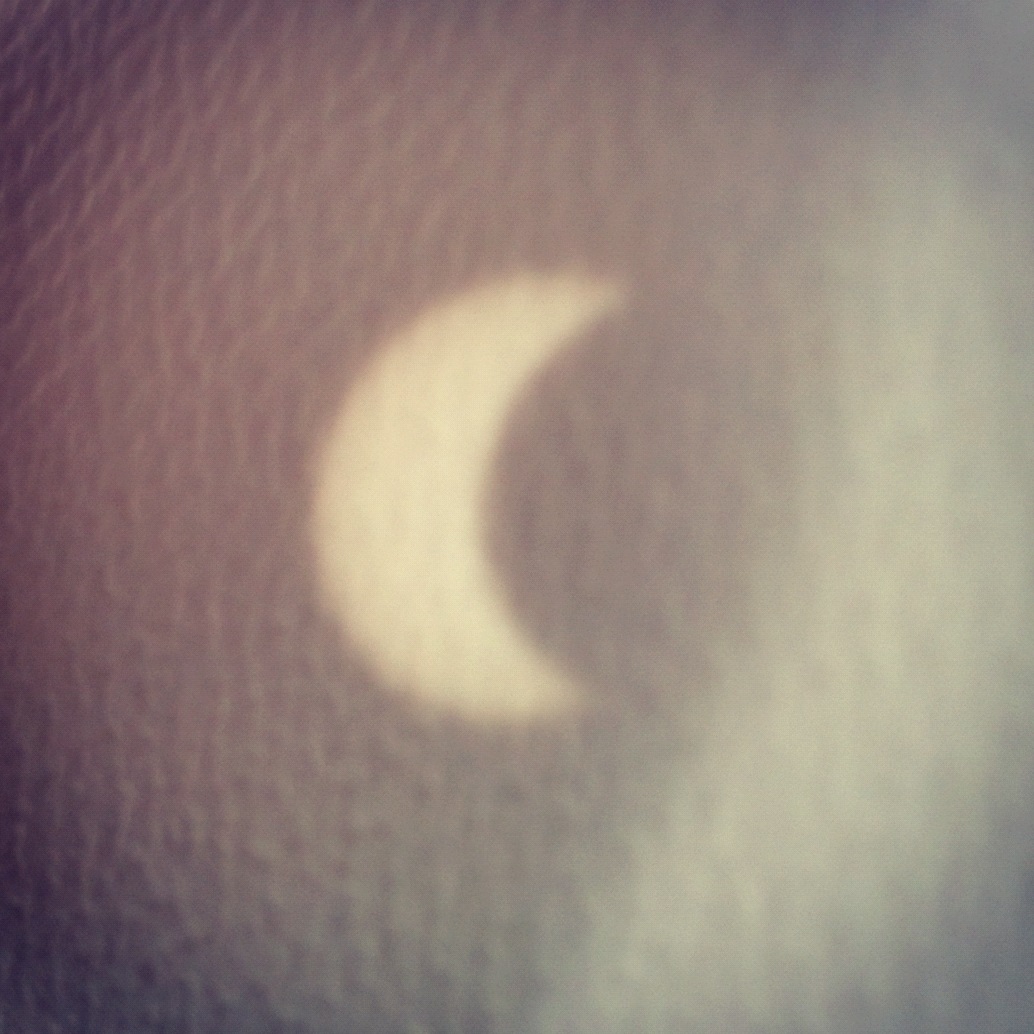 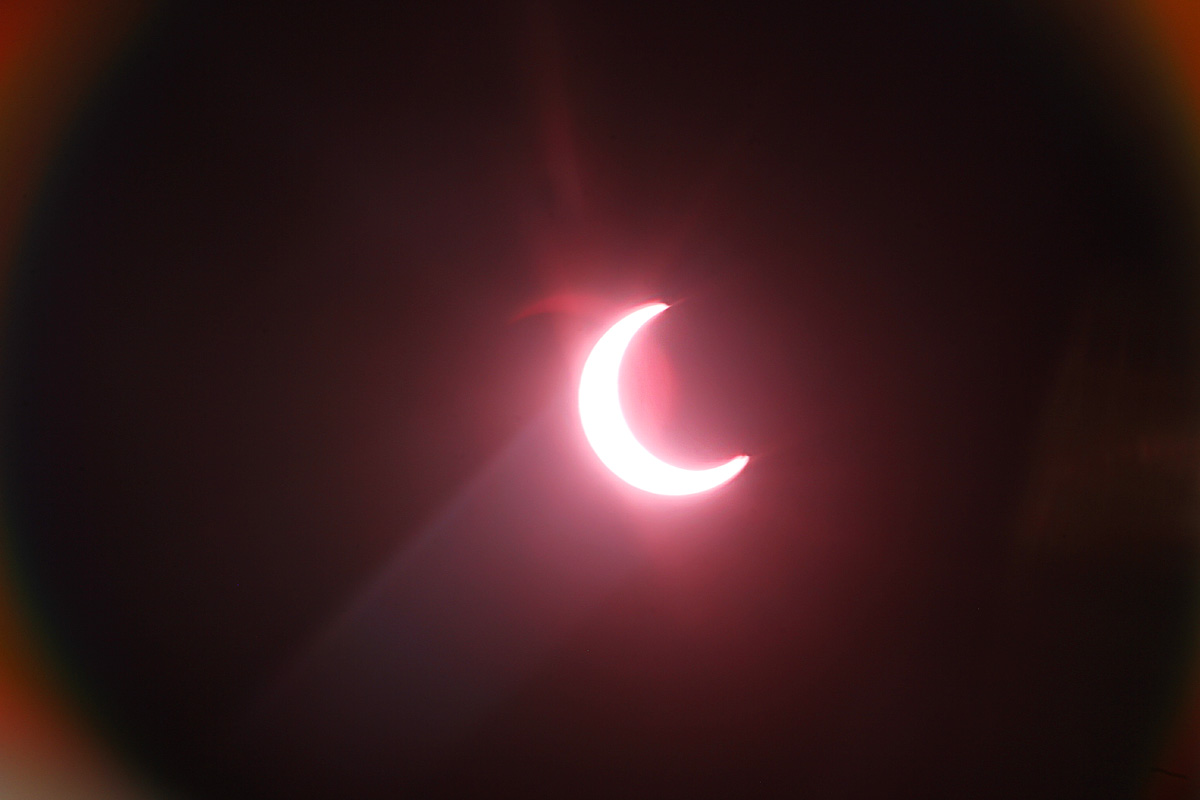 … and finally, the eclipse seen as ending near sunset, as a flutter of balloons (from Disneyland, I like to think) crosses in front: