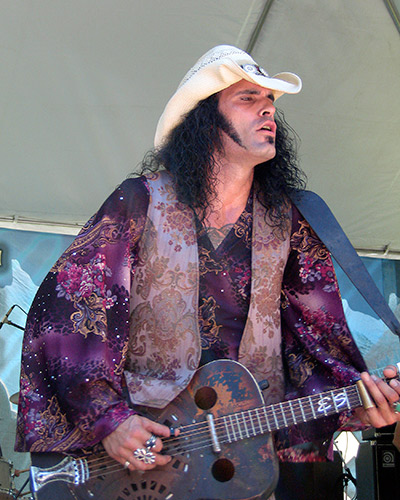 As the regular blog readers might know, when blues guitarist Eric Sardinas comes to town I sound like a little fanboy and rave about his “sold his soul to the devil” guitar-playing abilities. Today (29 June 2008) he was at the Irvine Lake Blues Festival. Only 15 minutes from Tustin Ranch and El Toro (and all their citified glory), Irvine Lake (CA) feels like it’s 1000 miles away in rural nowheresville. Harleys abound, and cowboys are as common here as in Fresno.

“Eric Sardinas and Big Motor” went on around 2, and it was hot out … and daytime. There’s something odd about a band playing in the daylight; it’s just not as intense as when they’re in some dark club. There was a substitute drummer (the drummer for Edgar Winter, apparently). Normally I wouldn’t have paid any attention … but he made the most intense, somewhat unsettling faces. Most of the time you could only see the whites of his eyes… and in the couple of pictures posted below, it might have been better NOT to see his eyes. But he made up for it by being dead-on with the band, an amazing feat for never before playing with them.

Sardinas was great. If blues were rock and roll, his style would be considered heavy metal; it’s brash, fast, hard-edged … and intense, even in the heat of midday Irvine. 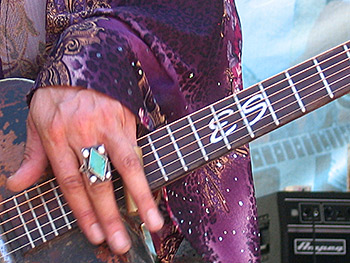 Here’s a quick clip shot by my friend Anthony with a small still-camera that does video. It ends abruptly and doesn’t have the best sound… but you can get a little idea of how Sardinas uses the pole to play his guitar, creates Hendrix-like feedback, and generally just rips it up.

You gotta admit this guy looks scary … but then again, if I could “channel” the beat like him, who cares? 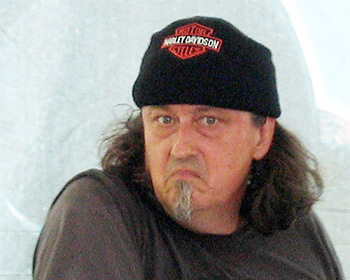 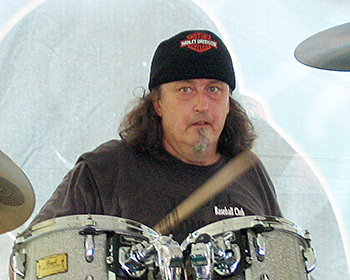 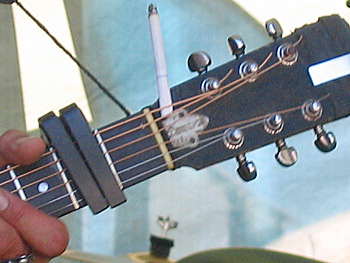 After the blues festival, we stumbled upon this Buddhist Monastery hidden in the trees of the canyons back there. It was almost shocking to find — right here in Orange County — a remote, peaceful, silent, beautiful monastery in a natural setting. I plugged it in the GPS … I’ll go back sometime and take some photos (pending Monk permission, of course).

PS: Not that you need more photos of this guy, but it’s an interesting comparison to see the photo that my iPhone took of Sardinas (below) compared with the $500 digital camera (pix above) …