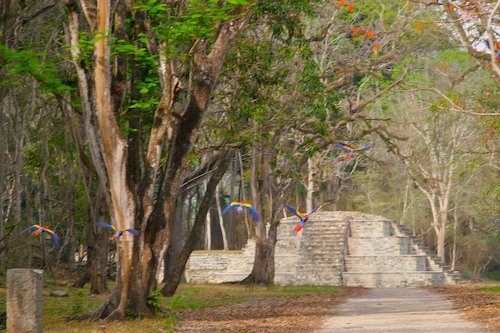 What a sense of wonderment it is to be along in Copan. We all wandered around, first amazed at the dozens of very large wild macaws flying around the park. 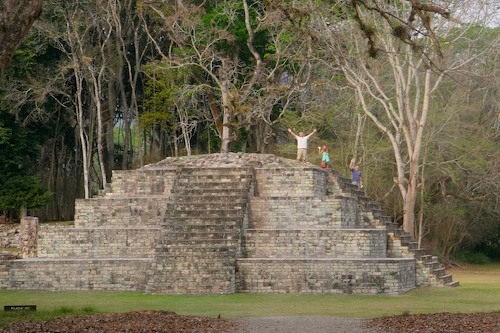 The sun still had 2+ hours before setting, and the others got bored before then. They left, and I was alone — completely, entirely alone — in a park inhabited by the souls of sacrified and long-dead Mayans, bugs, jaguars, and security guards of unkown integrity.

I snapped away until well after sunset. 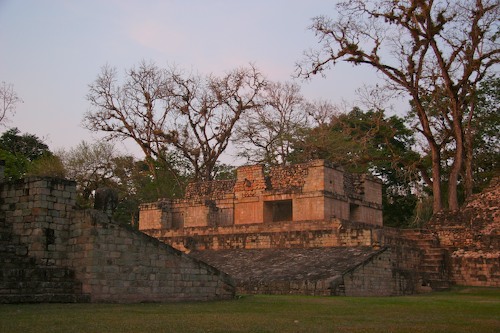 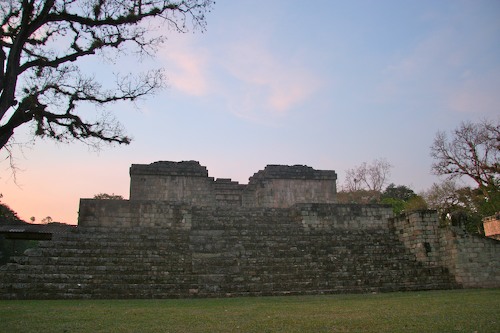 Later I came to understand the magnitude of this opportunity. Apparently it’s VERY rare for anyone to be in the park after/before hours. I felt unbelievably fortunate … post-sunset images of Copan are -nowhere- out there, and I’ve looked.

(By the way, did I mention the “traffic jam” we faced on the way into the park?) 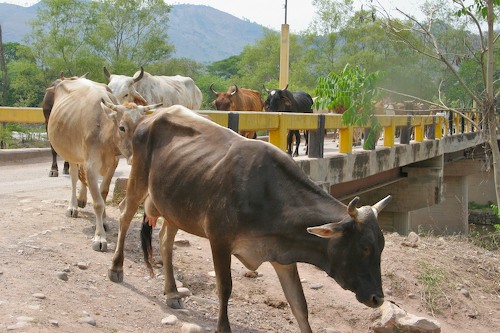