Trigger Fish, Glowing Water, and The Why

(written in Rocky Point Mexico on about Sunday, June 1st … and just now getting posted) 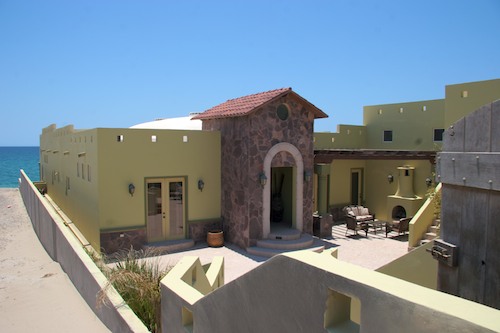 After catching a dozen or so fish in the Sea of Cortez, I usually feel like eating a great lunch, then reading a book until I fall into a nap. So that’s exactly what I did.

(I might even have had dreams of these crazy vans — no, better — crazy tractors driving boats named Rambo into the sea) 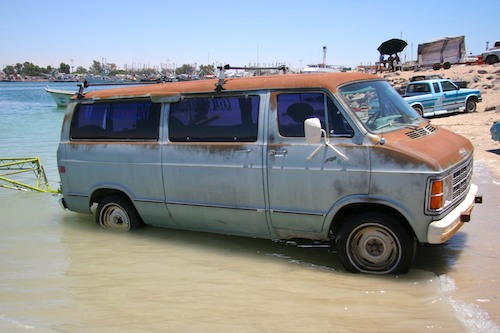 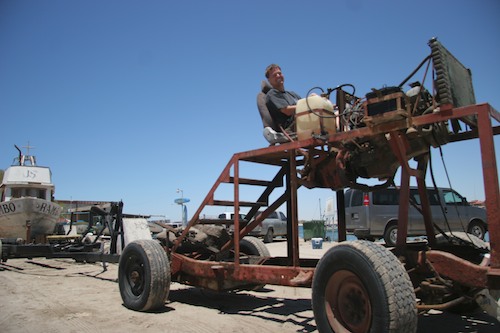 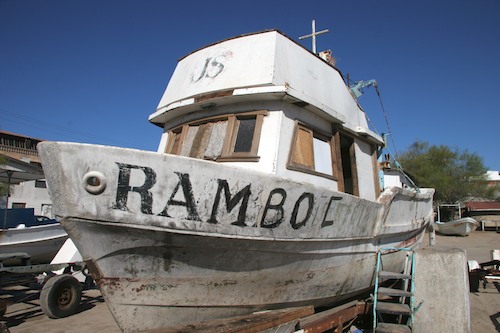 After such a long day, we did some of our retreat work (hours, actually) followed by a very nice dinner of local shrimp.

And after the previous night’s ocean experience (glowing tide) I’d been dying to go midnight kayaking.

Paddling straight away from the brightly lit house, we headed into a land of visual deprivation. A thin fog made the water indistinguishible from the sky, and I could see nothing sharp nor faint ahead.

Soon the previous night’s magical glow began again. With each dip of our paddle into the water, a green glow of bubbles would give color and life to the moonless, monoworld in front of us. The bow of the small ‘sit on top’ kayak left a colored glowing V in the water. A couple startled fish appeared to be glowsticks shooting through the water.

When we stopped paddling for a moment, the silence, the dark, the mist all only enhanced the lights which popped on and off all under and around the kayak … looking like a million fireflys under the water, like reflections of a night sky performing the Christmas tree dance, like fairy dust you would see in a Tolkien-based movie. (And no, this recounting was not made nor recorded under any influence.)

As a visual artist, it kills me that this experience can only be shared via words. I know that it doesn’t read like much, but it was a really amazing moment … a highlight of the trip (if not the year). Once again, experiences like this are — like I mentioned in the previous “wax sentimental” Mexico piece — are The Why of it all.

By the way, have you ever seen the human-like hard-as-a-rock, can-bite-your-finger-off teeth of a trigger fish? 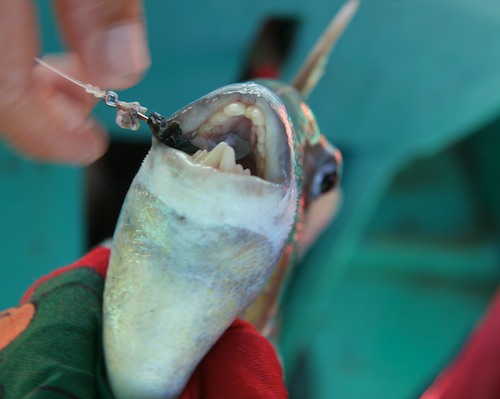 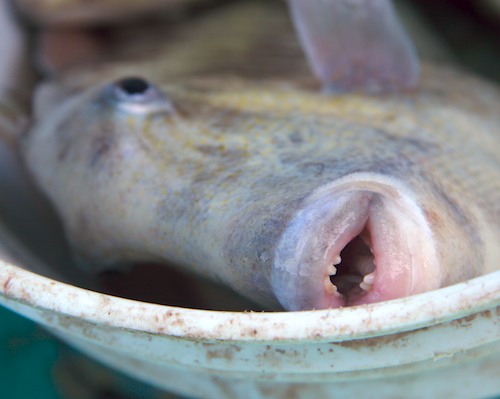 Or maybe a fishing trawler with 1000 people on it for the local Sea Festival? 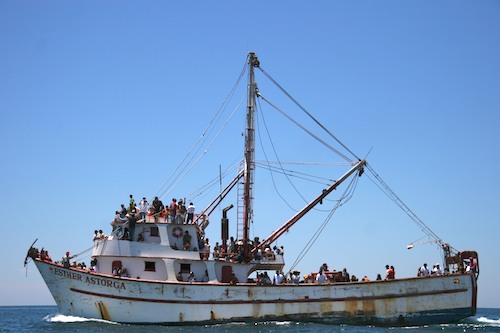 Or maybe the deltas left by 24-foot daily tidal variances? 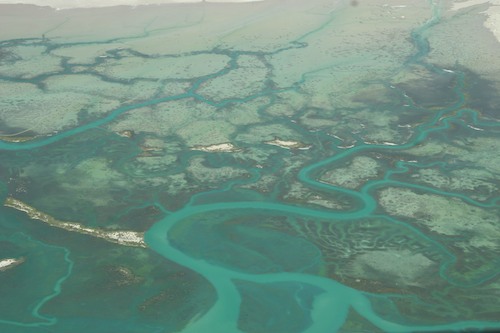